No items in your cart

URIDEX-5 is an advanced, all-natural dietary supplement developed to help individuals pass an EtG urine test after consuming alcoholic beverages. Simply take URIDEX-5 one hour prior to drinking alcohol to test negative on your next EtG urine test.

URIDEX-5 inhibits the conversion of ethanol to Ethyl Glucuronide (EtG) in body. EtG is a naturally occurring compound that is formed in the body after consuming alcohol and can remain in the system for up to five days after. For this reason, EtG testing is the preferred method by employers, schools, rehab counselors, courts and probation departments for detecting when alcohol has been consumed.

The EtG test is also known as the “80 Hour Test” for detecting any amount of consumed ethyl alcohol within 80 hours, yet it can usually detect up to 5 days after drinking.

If you’re wondering how to beat an EtG urine alcohol test, there are only two solutions:

Some people will suggest drinking excessive amounts of water after consuming alcohol, but that will not fully flush the system of EtG. An EtG test can also detect if your urine has been diluted with excess water and if that happens, you fail.

If you’re going to drink and may face an EtG test, the most effective solution to pass is URIDEX-5. 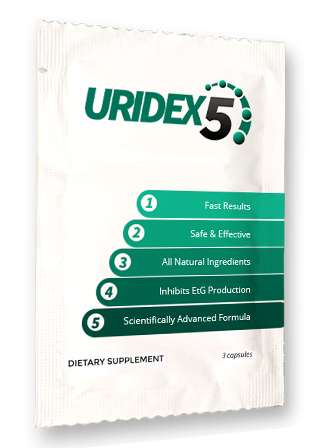 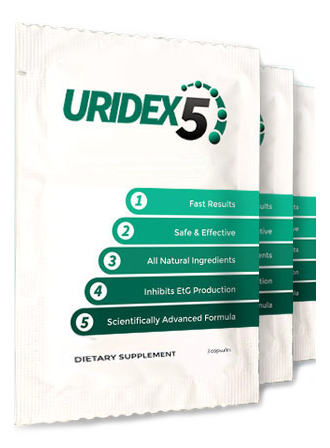 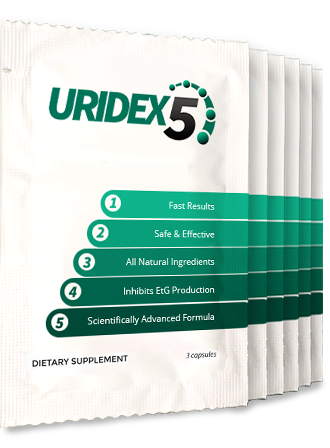